← more from
Ninja Tune
Get fresh music recommendations delivered to your inbox every Friday.
We've updated our Terms of Use. You can review the changes here. 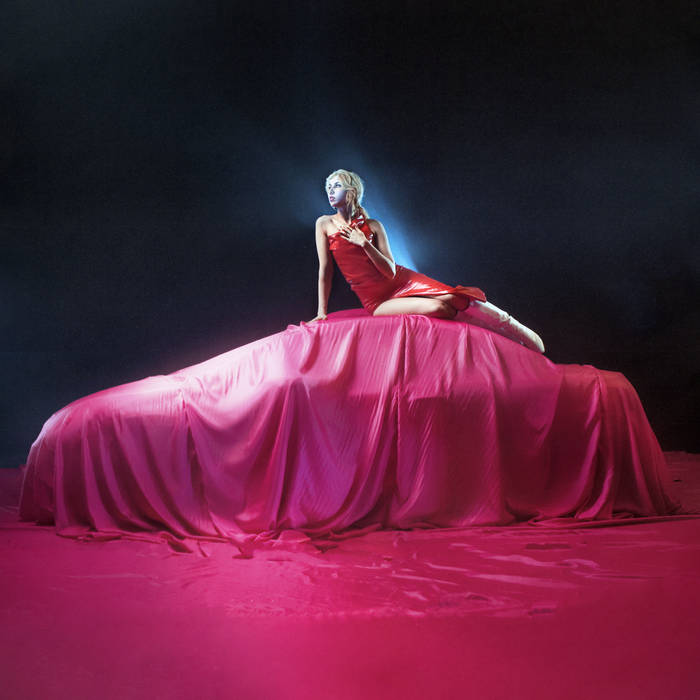 Laz such a smooth production that madona herself would envy

Following the extra-curricular electronica of her ‘Projections’ EP for Technicolour released earlier this year, Polish techno misfit VTSS takes another sharp turn as an artist in ascendance with the vocal-led mutant pop of her long awaited and highly speculated debut for Ninja Tune, ‘Circulus Vitiosus’. Across four tracks, her musical character steps further into the light, backed up by razor-sharp production. Today, alongside unveiling with ‘Circulus Vitiosus’’ the meaning behind her alias, VTSS (real name Martyna Maja) shares hypnotic new single “Incredibly Annoying” alongside a striking video directed by Furmaan Ahmed and Vasso Vujovic (who have previously shot Willow Smith, SOPHIE and Dorian Electra).

As a DJ, Martyna Maja cuts an imposing figure in the realm of explosive, hard-edged techno, while her productions have moved from disruptive variations of club music towards a more diverse, highly personal strain of electronica. On ‘Projections’, Maja allowed VTSS to glide between tempos and energies without losing the bite inherent in her sound. This evolution doubles down on Circulus Vitiosus (a Latin phrase Maja took her artist name from meaning an endless energetic feedback loop of cause and effect wherein something negative can lead to something beautiful, or indeed the reverse) as a bold, vocal-led collection which represents Maja in the truest incarnation of her creative identity to date.

Across four tracks she embraces a set of characters too raw and relatable to be entirely fictional, but with enough exaggeration to leave you wondering how much she’s really given away. In this period of semi-confessional pop exploration, she emerges as an empowered, fully realised version of herself from the fiercest dimensions of her ego to the gnawing flaws and threads of self-doubt. “There are many ways to tie Circulus Vitiosus to my lyrics and the idea of a person who’s self aware and accepts who she is,” says Maja. “The EP is another chapter of this VTSS character, which was put together in four letters when the doors were closed, and now the doors are opened.”

Martyna has quickly established herself as one of the most vital, uncompromising and visible rising artists around. She has a huge following on social media, where she is not afraid to call out misogyny, homophobia and racism in the comments. As a DJ, Martyna cuts an imposing figure in the realm of explosive, hard-edged techno, while her productions have moved from disruptive variations of club music towards a more diverse, highly personal strain of electronica. Previously a fixture at Berghain, VTSS has made her name as a formidable, shape-shifting DJ in the underground club scene, playing much-lauded sets across the globe and for her NTS residency. She debuted her boundry pushing new live show at Primavera Sound alongside closing the biggest dance stage and going B2B with Evian Christ, plus played a stand-out B2B set with Daniel Avery at this year's Glastonbury. She is also playing Dekmantel, Dour Festival and Maiden Voyage festival (B2B with Objekt) amongst many others in the coming months. Alongside curating her own night ‘For Your Entertainment’ at various UK venues, Martyna will be playing Warehouse Project later in the year and embarking on a North America tour in September and South America during November.

‘Incredibly Annoying’ is out now on Ninja Tune, with EP “Circulus Vitiosus” out 16th September.

Bandcamp Daily  your guide to the world of Bandcamp

Guests John Beltran and Kim Myhr walk us through their magical musical adventures.